Insider special report: Technology review – and 5 Scots tech firms to watch out for in 2017

Insider special report: Technology review – and the five Scots tech firms to watch out for in 2017

Scotland at the forefront of upwardly mobile tech sector.

The latest statistics on commercial property take-up in Scotland’s major cities served to underline the extent to which the success of the nation’s technology sector is rippling out across the economy.

In Edinburgh – where the sector accounts for one in eight businesses – the growth being seen means it now consistently takes up more new office space in the city than any other industry.

As the birthplace of Scotland’s technology unicorns Skyscanner and Fanduel, the capital continues to dominate the headlines for the nation’s tech sector.

According to Polly Purvis, chief executive of industry trade body ScotlandIS, the high profile currently enjoyed by Edinburgh benefits the whole of Scotland.

“There’s no doubt Edinburgh has helped to put Scotland’s technology sector on the world map and the city can act as a gateway to the rest of Scotland given how well-connected the industry is here,” she says.

Statistics compiled by Tech City UK show the sector employs more than 101,000 people north of the Border with average salaries in some areas now £51,000 plus, behind only the South East of England.

The sale of Skyscanner late last year to Ctrip, China’s biggest online travel firm, in a deal which valued the Scottish firm at about £1.4bn, also highlighted the scale of the potential prize on offer for those firms which can rapidly build scale.

Although there are concerns about UK technology firms being snapped up by overseas buyers, Calum Paterson of Scottish Equity Partners which held a third stake in the business that will remain based in Scotland, believes it is important to recognise the global nature of the industry.

Before its sale Skyscanner had already attracted investors from all over the world and Nasdaq-listed Ctrip itself has shareholders based in the UK and Scotland.

The five Scots tech firms to watch out for in 2017:

Former medical student Chris McCann left Dundee University in his third year to set up snap40 to develop wearable technology which monitors patients and sends alerts if it detects any indication of heart attacks, stroke and other illnesses.

It works by tracking changes in blood pressure, temperature and oxygen levels to help quickly evaluate risk of health deterioration.

In 2016 the Edinburgh-based firm raised £2m in what was believed to be the largest ever seed funding round for a Scottish start-up. 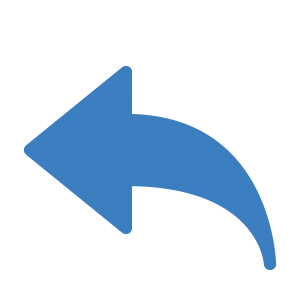 sensewhere has developed indoor positioning software to overcome GPS blackspots in dense urban areas. It uses electromagnetic sources such as wi-fi and Bluetooth signals to triangulate a user’s location in areas where GPS signals are weak or blocked. The firm has secured £1.4m from Scottish Enterprise for further research and development and build on its international client base, which includes global names such as Tencent and TomTom.

East Kilbride-based Traveltek recently secured a £5.3m investment from YFM Equity Partners to build on its progress to date.

The business develops technology used by travel agents and tour operators to package together hotels, flights, cruises and ancillary travel services in one transaction.

Traveltek has delivered a near 250 per cent increase in sales in the last four years and now has additional bases in England, Australia and the US.

PureLiFi, which uses light to provide wireless communications, is currently carrying out the world’s first large-scale trial of its system in Singapore.

Formed in 2012 as a spin-off from the University of Edinburgh, the latest development came after Singapore’s Temasek, led a funding round that took the total raised to more than £7m.

The firm’s technology offers the potential for communications to be faster than current WiFi technology.

The Glasgow firm’s technology allows shoppers to sign up via a dedicated iPad at a participating retail outlet and collect points at each visit by scanning a card, key fob or via a mobile app.

Each retailer can tailor the rewards it offers and consumers are regularly notified of the latest deals.

Only launched in 2014 it’s service is already available at more than 1,000 locations across the UK.

Currently it has 38 employees, but over the next 12 months will recruit a further 45 staff members.