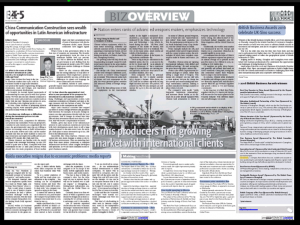 Winners of the British Business Awards (BBA) 2016 were announced on Thursday. Hosted by the British Chamber of Commerce Shanghai, these awards are held every two years to celebrate British success in innovation and enterprise, and also to recognize Chinese investment into the UK.

This was the sixth time that the BBA have been held, and this year’s applications were higher than ever. The awards also introduced regional judging panels to reflect the geographical spread of British businesses in China.

blished with business professionals who understand the opportunities and challenges of doing business in China.

Head Judge of the BBA 2016 and Chairman of the British Chamber Shanghai, Barry Piper, encouraged applicants to build a bright future for both the Chinese and British economies in challenging times with their entrepreneurial spirit and cooperative stewardship. 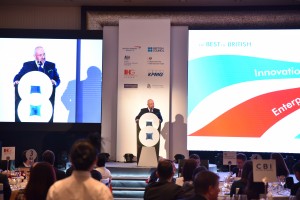 Peak Scientific Instruments, a leading innovator in the design, manufacture and support of high-performance gas generators.

Education Institutional Partnership of the Year (Sponsored by The British Council)

Beijing Construction Engineering Group (BCEG), a leading construction and engineering company in China, which is already active in global markets.

Sanpower Group, a large private conglomerate whose expertise in the technology and modern services industries acts as a base for its three-pronged business strategy of developing synergies among its businesses in the finance, healthcare and commerce sectors.

The Happy Monk, a “London-style” cocktail bar/restaurant in Guangzhou, which serves a broad range of drinks and food. 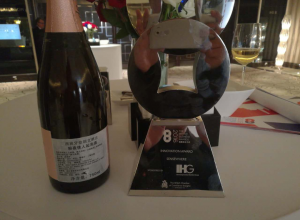 MicroTek Processes, which manufactures a range of Ultraviolet (UV) products for the treatment of food and beverages using non-thermal sterilization technologies.

sensewhere, a company that delivers low-cost, scalable and accurate indoor positioning by automatically mapping radio-frequency signals inside buildings along with top-shelf software algorithms developed in Scotland.

BP China, an international oil and gas company operating in more than 70 countries and regions. Its major business activities include exploration and production, refining and marketing, petrochemicals and lubricants.

Unilever, one of the world’s leading suppliers of food, home and personal care products with sales in more than 190 countries and regions.

British Company of the Year (Sponsored by British Airways)